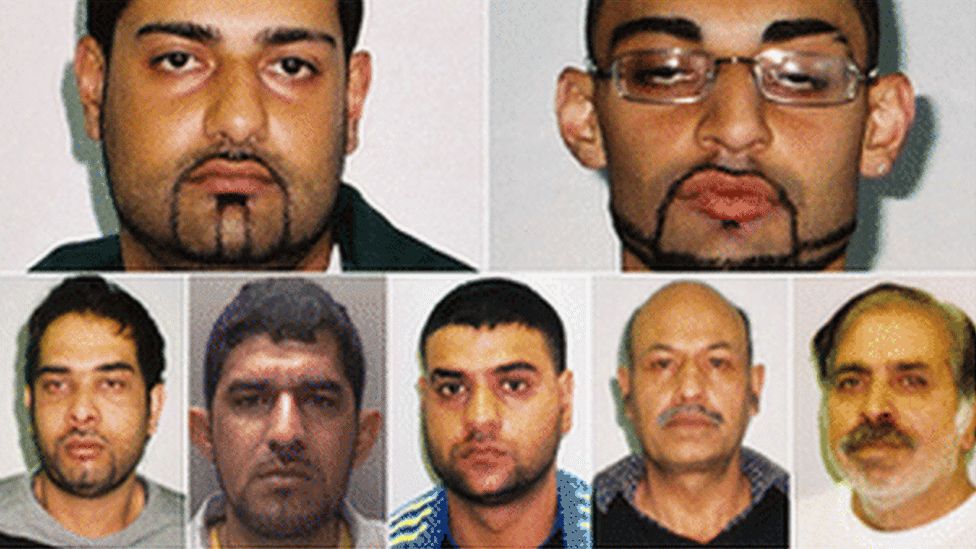 Gangs were allowed free-range to groom white girls because of their ethnicity.

Telford is just the latest in a growing number towns and cities that played host to Pakistani grooming gangs who groomed and raped young white girls on an industrial scale whilst authorities, in full knowledge of what was happening, allowed the abuse to continue for the 'good of the community'.

The pleas of those affected were ignored for generations leading to more than 1,000 girls being abused, an inquiry has found. Incredibly, agencies blamed the children for the abuse they suffered, even though the girls were all under the age of consent, whilst the Muslim pedophiles were not investigated because the Police, and Social Services, were said to be "nervousness about race".

The inquiry was set up only after the Sunday Mirror revealed gangs of Pakistani Muslims had been abusing girls in the town since the 1980s. Chairman Tom Crowther QC said the abuse had thrived unchecked for decades, entirely because of a fear that the authorities would be accused of racism.

The report found agencies labelled victims as "child prostitutes" and routinely blamed them for their rape and abuse. Mr Crowther said: "The overwhelming theme of the evidence has been the appalling suffering of generations of children caused by the utter cruelty of those who committed child sexual exploitation." "Victims and survivors repeatedly told the inquiry how, when they were children, adult men worked to gain their trust before ruthlessly betraying that trust, treating them as sexual objects or commodities.

But whilst authorities have now admitted these girls were victims the report fails to properly label the grooming gang what they really are: Pakistani Muslims who see white girls as trash.

Let us be clear, the crime was entirely motivated by religion by immigrants, yet nowhere in the report does this get mentioned. The authorities, in ignoring this fact, prove that the WOKE mindset remains throughout both the Police and Council who still can't bring themselves to admit the truth. In the report, the muslim men are simply referred to as 'adults' or 'perpetrators' a sick indictment of how WOKE ideologies are now putting people's lives at risk.

The Muslim men sought out "vulnerable" children and would begin giving them lifts, buying them food, alcohol or cigarettes which led to the children becoming involved in sexual activity with the men as a "favour" as payment for the gifts. The girls were always white and under age, seen by the Muslim men as Kafirs, and merely commodities that they could use for sexual gratification. Many of the white girls were gang-raped by the Muslim men, or passed from one to another repeatedly to perform sex acts on them.

Most of those raping the girls did not use contraception and "pregnancies were expected to be (and in many cases were) terminated." but the report found that some of those abused went on to bear the abuser's children. In several cases, victims received death threats against them or their families if they tried to end the abuse.

The report references the case of Lucy Lowe, 16, who was murdered, along with her 17-year-old sister and mother, in a house fire started by on of the Muslim men: Azhar Ali Mehmood, 26, the father of her daughter. She had become pregnant at 14 to Pakistani groomer. To be clear: the multiple victims could have all been saved had the authorities not been infested with WOKE ideologies. Other victims of the Muslim Rape Gangs described a "rape house" in Wellington, Telford, to which they were often taken.

Within schools there was overwhelmingly a culture of left-wing ideologies with teachers "reluctant" to report concerning activity due to the racial origin of the groomers. "Obvious" indicators like absences and changes in behaviour went unremarked by school staff, meaning that none of the adults actually charged with the care of the vulnerable children did a single thing to help them. White girls were systematically raped by Muslim men of Pakistani origin for decades, left unchecked for the sake of 'diversity'.

The reporting too is infested with WOKERY. The BBC cannot bring themselves to mention the words 'Muslim' or 'Pakistani' once in their entire coverage of the crimes.

Authorities sacrificed thousands of white girls on the altar of 'Diversity' and, unless we actually face the problem, will again.

ESG: The 'Woke Score' Used to Blackmail Companies by Neo-Marxists